THIS IS THE CONCLUDING PART OF THE SERIES IN CASE YOU NEED THE PREVIOUS EPISODES, click below :

WHETHER THE QUALIFICATION OF A CANDIDATE TO CONTEST AN ELECTION IS A PRE-ELECTION OR POST-ELECTION MATTER/ TIME WITHIN WHICH PRE-ELECTION SUIT CAN BE FILED
The qualification of a candidate has, overtime, given rise to arguments in several quarters where some are of the opinion that where a candidate is found not to be qualified to contest an election to the National Assembly or to the Office of the Governor, it must be raised timeously. Hence, it is a pre-election matter. Some others have also argued that the qualification of a candidate is a subject matter within the Jurisdiction of the Election Petitions Tribunal and not otherwise. That argument was unnecessary in the first place, because both propositions are correct. However, it must be noted that it is within the prerogative of the person contesting the qualification of a candidate to raise it either at the pre-election stage or post-election stage (Election Petitions Tribunal). As noted hereinabove that by virtue of section 31(5) & 87(9) of the Electoral Act, that any person as well as a contestant in a primary election can challenge the nomination of a candidate, if such candidate eventually wins the main election, his qualification to contest can also be challenged in the Election petition Tribunal under section 138(1) of the Electoral Act, 2010 (as amended).

If a court has given a pronouncement on the qualification of a candidate at the pre-election stage, the principle of “Estoppel per rem judicatum” would apply. i.e the Plaintiff is estopped from raising it at the Election Tribunal as a Petitioner or where the question of qualification of a candidate is a pending subject in a pre-election suit, the Election Tribunal lacks jurisdiction to entertain it. It would only amount to an Abuse of court process.

Conclusively, the debate as to whether the qualification of a candidate is a pre-election or post-election suit should take a perpetual terminus.

All suits arising from complaints under section 31(5) & 87(9) of the Electoral Act 2010 are have been adjudged to qualify as pre-election suits. In other words, the National Assembly, in its wisdom, enacted a new legislation governing same. Now, there is a timeframe within which such suits can be filed in court. Section 285(9) of the 1999 Constitution is clear on this. This section provides:
285(9):-

“Notwithstanding anything to the contrary in this constitution, every pre-election matter shall be filed not later than 14 days from the date of the occurrence of the event, decision or action complained of in the suit”.

A cause of action is defined to be a state of facts that entitles a party to maintain an action. (See Black’s Law Dictionary 10th edition Edited by Bryn and Garner)[1]. The 14 days in a pre-election suit begins to run the moment there is in existence a person who can sue and another who can be sued and all facts have happened which are material to be proved to entitle the plaintiff to succeed. Cause of action arises the date the event occurred or the decision/action complained of was made[2]. For example, if a prospective litigant receives the Form CF001 of a candidate from INEC as stipulated under section 31(4) of the Electoral Act, 2010 (as amended), the cause of action immediately arises and the 14 days begin to count therefrom.

The 4th alteration was promulgated in order to avoid the situations in the past where parties filed pre-election matters several days or weeks or months after the cause of action arose and caused distractions to the occupant of the office so much that the occupant’s effectiveness and efficiency as an elected leader or representative is negatively affected.[3]

THE PROCEDURAL NATURE OF FOURTH (4TH) ALTERATION AND ITS RETROSPECTIVE EFFECT

Section 285(9): “pre-election suit must be filed within 14 days from the cause of action”.

Section 285(10): “a court in every pre-election matter shall deliver its judgment in writing within 180 days from the date of filing of the suit”.

Section 285(11): “It went further to state that “an appeal from a decision in a pre- election matter shall be filed within 14 days from the date of delivery of the judgment appealed against”.

Section 285(12): “An appeal from a decision of a court in a pre-election matter shall be heard and disposed of within 60 days from the date of filing of the appeal

It is now settled law that presumption against retrospective construction has no application to enactments which only affect procedure and practice of the courts.[4]

The jurisdiction of a court to entertain a cause or matter is conferred by the law creating it. The Superior courts of record are creation of the 1999 Constitution (as amended). Where the same Constitution makes specific provisions for the time within which certain causes or matters are to be heard and determined, the affected courts have no discretion to exercise.

One cannot hurriedly forget the political setback suffered by Politicians when the apex court interpreted the 4th Alteration to apply retrospectively since it deals with procedure. The suit between Olusegun Abraham and Governor Rotimi Akeredolu of Ondo State in respect of the validity of the All Progressives Congress (APC) Governorship Primary that produced the latter is still fresh in our memory. By the time the matter got to the Supreme Court, the suit suffered a legal obstacle as the new constitutional provision had been interpreted by the apex court to be applicable to all pre-election cases that preceded the 4th Alteration to the Constitution.

Like Abraham, a House of Representatives Aspirant in the Ifelodun/Odo-Otin/Boripe Federal Constituency of Osun State for the 2015 election, Mr Ayodele Kusamotu, got the shock of his life when the Supreme Court on February 15, 2019, struck out his pre-election suit.

CONCLUSION
Over the years, we have been faced with the daunting challenge of quick decisions on pre-election cases lingering in courts for many years. The introduction of the 4th alteration is a huge step in solving this problem. Truth be told, with the enactment of the 4th Alteration, one must appreciate the whole essence of the dynamism in our law to focus and put our jurisprudence in the proper direction.

We are made to understand that when an amendment confers substantive rights, it is prospective (not retrospective), but when an amendment confers procedural rights, it is retrospective (not prospective). It ultimately means that substantive rights are related to persons while procedural rights relate to the courts. The 4th Alteration describes how a court can be vested with jurisdiction to entertain pre-election suits. It is procedural in nature and the retrospectivity is therefore not in doubt. Indeed, the 4th Alteration is “a round peg in a round hole”. 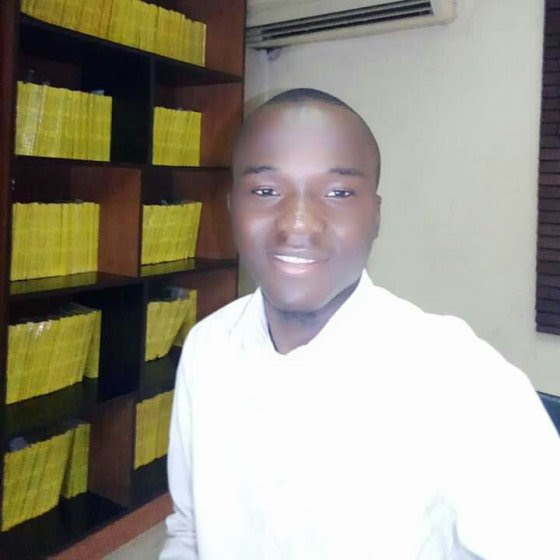 Mohammed A. Oyelade Esq is a Legal Associate in Afe Babalola SAN & co, Abuja. His core area of interests spans through Constitutional Law & Election Petition. He is very current on National isues and always ready to learn.